We constantly overhear that women are the mightiest individual, and this point is completely valid. They can accomplish anything and everything if they want to. Today INFOSAURS is presenting, a gentle lady entrepreneur and social media influencer who has earned almost everything through her hard work, dedication, and unwavering faith at the age of just 27. She is none other than Yamini Jain Aggarwal. So, without any further ado, let's know more about this inspiring personality. 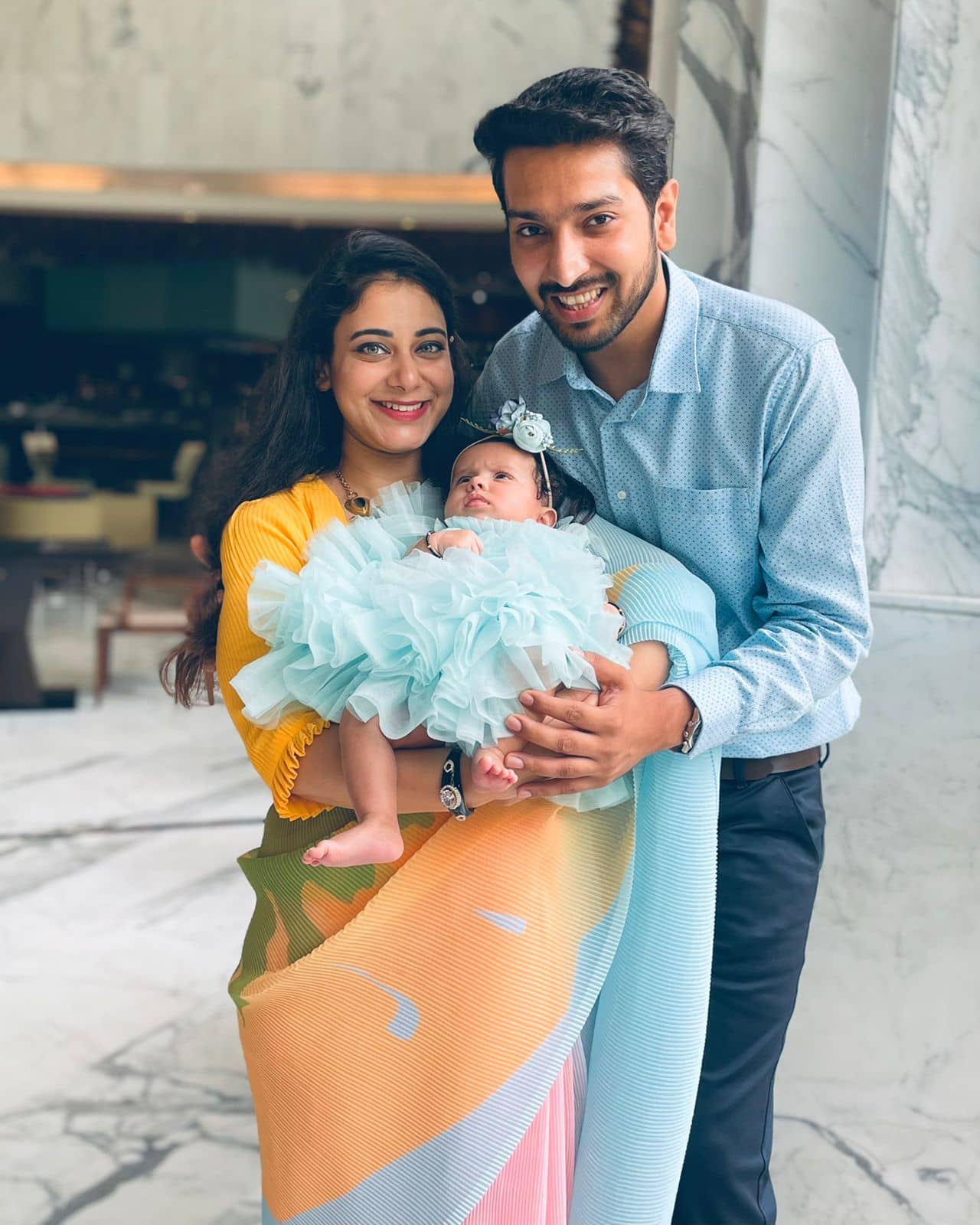 Yamini Jain Aggarwal was born on 6 December 1993 in the capital city of India, New Delhi. Her Zodiac sign is Sagittarius. She is a proud daughter of a very caring mother Mrs. Malini Jain, and a supportive father Mr. Ajay Kumar Jain. She is the youngest child of her parents and shares a very pure bond with the family. She has grown up creating beautiful memories with her elder brother Abhishek Jain. They have lived their life doing all fun together. Her brother used to do science experiments with her, and that's the most memorable moment of her life. Yamini is a very intellectual person since her childhood, she has completed her schooling at Bal Bharati Public School, Pitampura, and after that, she enrolled at Bharati Vidyapeeth’s College of Engineering to earn her Engineering degree from IT branch. There is an incident about her that no one knows, she mistakenly fell into the Naini lake when she was just four years old and her father dragged her out. Fathers are superheroes indeed. She was a working woman before marriage and she is still working after her marriage as she got a dream husband like Piyush Aggarwal who is so encouraging.

Yamini is blessed with a classic personality. She stands at the height of 5.5 ft. She looks very attractive with a fair skin complexion, dark brown hair, and lovely green eyes. She has a perfectly shaped lip which enhances her beauty many times. Her pretty smile is like a cherry on the cake.

Yamini Jain Aggarwal has a very inspiring journey. She had a fashion studio before marriage where she had put all possible efforts and she kept working day and night. Her work lives in her heart. Even after her marriage to Piyush Aggarwal, she kept working and now she is at a respective position in society. Her husband always supported her and remained her backbone. Yamini's parents had started looking for a guy when she was 24 years old, she never wanted to be dependent on others and hence her only condition to get married was that she will keep working after her marriage also and fortunately she got a husband like Piyush who never stopped her doing things she loves. She has a Marketing and PR company - Neon Berry Media and also, she is a social media influencer. When they started their page, they were initially food bloggers as both are foodies and both used to try different food at different locations After some time, they began posting their own pictures with food, and those pictures started reaching to the vast audience, people appreciated and encouraged them so, they switched from food to couple blogger. When the lockdown was imposed, the couple started showing their day-to-day activities to their followers, thereafter they started posting marriage and couple-based content on reels, and their videos started getting more and more views.

Their page grew faster when Yamini announced that she is pregnant, and that was the time when they became influencers. The baby came as a lucky charm to them. Yamini started helping pregnant women through her experiences and bits of advice. She kept working during her pregnancy period, which kept her positive. The baby Nihira was born on 23 June 2021, now they make content like - funny videos, Mom and couple-based videos, videos based on social issues so that more people can relate to it. They have a huge fan following on social sites therefore many well-known brands have also collaborated with them such as Reliance Jewels, Oye Happy, Super Bottoms, Phillips, Dr. Shikha Sharma, Ardor 2.0, Lake Hill Resort, and multiple fashion brands. They are planning to throw a party when they'll complete 100k followers, also they are working hard to make it 500k till next year. Yamini is also putting lots of effort to make her PR and Marketing company grow in the next three years. She is really doing a great job and inspiring others, her biggest inspiration is her husband who cheers her in every situation.

Informalities- to know her more

Yamini believes life always gives you both positive and negative, we should be thankful for positives instead of being sad for negatives. Such a great thought. She doesn’t smoke but she drinks occasionally. She admires Ranveer Singh the most as an actor and Aishwarya Rai Bachchan as an actress.  She is all that, The Ugly Truth and Shakuntala Devi are some movies that she loves the most.  Her favorite web series is Brooklyn Nine-Nine.  Yamini enjoys dancing, traveling, and watching Netflix. Besides Delhi, her preferred place for a living would be New York and her favorite travel destination is Bora-Bora. She likes eating Mexican food and Black is her most favorite color. The most talented woman has a useless talent of catching other's dance steps easily. She is hardworking, determined, and organized, that is really her good habit, on the other hand, giving up easily is her bad habit. Her near and dear ones call her with a cute name Aana. Yamini loves positive vibes and hence her biggest dream is to be surrounded by the positive people who love her. She also wants to participate and win Forbes 30 under 30. Yamini lives happily with her husband Piyush Aggarwal and their baby Nihira. She has a supportive father-in-law Mr. Kamesh Aggarwal, a caring mother-in-law Mrs. Rita Aggarwal, and an amazing sister-in-law Garima Aggarwal.

Yamini Jain Aggarwal is really a wonderful personality, words are not enough to express her. She is an example of women empowerment; we should learn from her. Feminism isn't about making women strong; they are already strong. It's about changing the way the world perceives that strength.