What Is Crypto Gaming and How Does It Work?

What Is Crypto Gaming and How Does It Work?

The gaming industry is currently undergoing a transformation, which you have most likely already noticed. You should try this website ikito for crypto gaming.  After all, it's difficult to ignore the rise of crypto games, a term that refers to any game that includes a blockchain and crypto element. For example, all NFT and metaverse games that use the play-to-earn (P2E) model, such as Axie Infinity, Decentraland, and others.

In fact, this could be the start of a paradigm shift in the video game industry as a whole. If the rise of cryptocurrency gaming continues at this rate, the traditional view that gaming is a waste of time will be rendered obsolete.

This comprehensive guide covers everything you need to know about crypto gaming, including (but not limited to) what it is, how it works, and the top crypto gaming coins in 2022.

What exactly is cryptocurrency gaming?

By playing and performing various in-game activities, players can earn cryptocurrencies or non-fungible tokens (NFTs). These digital assets then become the player's property. In crypto exchanges, they can exchange these assets for other digital assets or fiat currencies. They can also trade or sell these assets through online marketplaces.

Given that gamers are already familiar with the concept of tokenization, the role of cryptocurrency in gaming appears quite natural. In fact, virtual currencies have been used in traditional games for a long time, albeit in a very limited context. The main distinction is that —

Players in crypto games have complete control over their in-game assets such as XP, virtual currency, avatars, weapons, and so on. They can exchange them for real money or digital assets such as stablecoins or bitcoin.

In contrast, in a traditional game, the developers own all in-game assets. Furthermore, the value of these assets is mostly restricted to that specific game.

Blockchain has now permeated almost every industry and walk of life imaginable. Gaming is not immune to this trend. Indeed, its impact has been particularly profound in the video game industry, to the point where some claim that gaming is the first major "real use case" for blockchain outside of crypto and smart contracts.

To understand blockchain gaming, consider any typical video game you've played in the past. The traditional market concentrates games. Users could only use their earnings (in-game currencies or XP) in that game.

Blockchain games, on the other hand, take a different approach by providing a decentralised model that allows players to own and use their game data across multiple blockchain games/networks. A player, for example, may choose to transfer in-game items such as weapons and XP from one blockchain game to another or to sell/trade them in open marketplaces.

Blockchain games can be broadly classified into two types: decentralized and hybrid.

The blockchain is the engine that drives the games in the decentralized model. That means that even the developers cannot make changes to the game without first consulting the community. Meanwhile, in the hybrid model, the game is run from a central server, but its assets can be traded on a decentralized marketplace.

It is worth noting that in both cases, blockchain gaming provides in-game assets with permanent real-world value.

Blockchain technology's impact on the gaming industry
Blockchain provides solutions to numerous problems that traditional games have faced, including:

Developing a viable and meaningful economic model within games.
Using that economic model to provide permanent ownership of in-game assets with real-world value. This is the underlying principle of the increasingly popular play-to-earn crypto gaming model.
Keeping fake in-game assets from being sold.
Creating a decentralised game distribution network.
Creating a fair and transparent environment for gamers in which they can earn economic or non-economic incentives based on their in-game activities.
Offering an alternative to the cloud gaming structure's low-revenue, high-cost issues by distributing game servers over a blockchain network.
The distinction between blockchain gaming and crypto gaming
While the terms "blockchain gaming" and "crypto gaming" are frequently used interchangeably, they are not (in theory). However, in real-world applications, their domains overlap.

Blockchain gaming emphasises the importance of decentralisation, true ownership, and censorship resistance. Every in-game interaction is verified and recorded in the blockchain as new blocks. It is an idealistic concept that does not always include a financial component, such as digital assets.

Crypto gaming, on the other hand, is a concept that focuses solely on one aspect of the blockchain — rewards.

Please keep in mind that this is just a TL;DR version of the differences between the two concepts. The definition of blockchain and crypto gaming will most likely evolve over time as the industry grows.

How can you make money from cryptocurrency gaming?

Crypto gaming provides developers with a variety of business models to choose from. As a result, gamers have a variety of ways to earn money.

Some play-to-earn game developers, for example, may encourage users to buy tokens early and then sell them for a profit as the game grows in popularity over time. Similarly, some cryptocurrency games allow users to earn money through advertising or by selling in-game items like virtual land plots, weapons, avatars, and so on.

These games typically incentivize players based on their in-game activities and the amount of time they spend playing. Players are frequently required to complete simple tasks that require them to interact with the game and other players in some way. For example, you could be asked to trade the yields from your virtual farm to another player in exchange for a certain amount of XP. Alternatively, you could be asked to fight and defeat a certain number of enemies in order to earn rewards.

Meanwhile, some crypto games provide platforms for players to wager their digital assets on casino games or other games of chance.

The Benefits and Drawbacks of Peer-to-Peer Crypto Gaming

You've probably gotten a general idea of the benefits of crypto games by now. Here are a few examples:

Earn while you play: You get to play your favorite games while earning money — who could argue with that? It is a legitimate way to generate passive income with cryptocurrency.

A new era in gaming: P2E crypto games are already helping to create new trends in the broader gaming arena. P2E games, when combined with technologies such as virtual reality (VR) and augmented reality (AR), have the potential to pave the way for many large projects with novel approaches.
Both players and developers will be rewarded: This is another critical point that has fueled the growth of cryptocurrency gaming. The P2E model of these games not only financially incentivizes players, but it also allows developers to diversify their revenue sources as the P2E ecosystem grows.
Encourages blockchain and cryptocurrency adoption: Crypto gaming is one of the most visible faces of the broader blockchain and cryptocurrency industry. Because of their increasing popularity, these games are essentially increasing the adoption of blockchain technology and cryptocurrency.

P2E crypto games, like everything else in life, have drawbacks in addition to their benefits. Among them are:

High entry barrier: The majority of popular P2E crypto games have a relatively high entry barrier. Axie Infinity, for example, requires players to purchase at least three Axie NFTs to begin. At one point, each Axie was worth up to $340, but the ongoing bear market has dragged prices down significantly.
Security concerns: You may lose your earnings from P2E games in a variety of ways if adequate security measures are not implemented. For example, you could send your tokens to the wrong people, fall victim to a scam, or lose money to hackers in a security breach.
Game play quality: Most P2E NFT and metaverse games are not yet on par with popular conventional games in terms of quality and level of engagement. However, crypto games are generally improving over time, and quality issues will most likely become a thing of the past in the near future.
Risks of loss: As with any investment, there is no guarantee that money invested in P2E games will yield profits. Casino games (or other games of chance) are especially dangerous in this regard because players may end up spending more than they should in the hope of making larger gains.
Are cryptocurrency gaming coins a good investment?
The profitability of crypto gaming coins, like any other asset, is determined by a number of factors. Among them are your investment strategies, risk tolerance, market conditions, project quality, and other factors.

In general, promising projects like the ones listed above may deliver healthy returns in the long run. However, before investing in any crypto gaming coin, we recommend that you conduct your own research and consider current market conditions (or any other digital asset, for that matter).

As always, if in doubt, seek the advice of a financial professional. Best wishes! 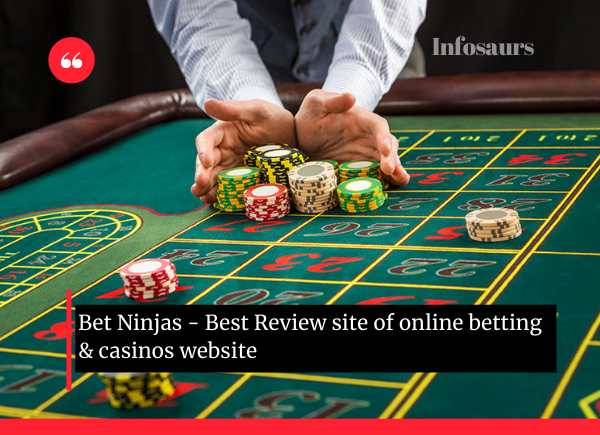 Review of the Lucky Cola Casino in the Philippines, 2023

The Ultimate Guide to Online Baccarat Gambling in Thailand

Some Reasons to Know, Why Baccarat is Popular among Asians

The Basics of Sports Toto: How to Play Well with Accurate Eating and Running Verification

Enjoy the Benefits of Lotus Gaming with Sureman