INFOSAURS has a name of a talented, skilled, and good-looking dancer or choreographer in its directory – SARUP RAI. Hails from a small town in Sikkim are progressing with speed. He is already working on several projects including national or international. Rowing ups and downs, he created his own identity in the dancing world with the support and motivation of his sweet yet strong mother. The best thing about him is that he always keeps himself surrounded by positive thoughts.

Read about Sarup's exciting journey below.

The upbringing of the dancing boy was accomplished in a small village called Sangkhola, situated in East Sikkim Gangtok, while he was born in the town of Singtam, Gangtok (Sikkim) on 07/11/1996. He studied in elementary school till 5th standard in Govt. Sangkhola school, thereafter enrolled in 32 No Middle Camp Secondary School till 6th class and switched to another school, Singtam Senior Secondary School, for pursuing 11th and 12th higher studies with the subject (Arts).

Government of Sikkim University Tadong College is the one from where he secured the degree of BA in English Honours. Sarup eventually joined Terence Lewis Institute in Mumbai to learn all forms of dance. He is the apple of Sakuntala Tamang’s eyes—his mother. His siblings are Sheetal Rai (sister), Romila Rai (sister), and Saroj Rai (brother). Ongmu Sherpa (sister-in-law). His zodiac sign is Scorpio.

The competent choreographer weighs 60 kg. The 5'6" dancer has a waist size of 30 and a chest size of 34. Brown hair is styled, and the eyes are black. While tattoos add a fancy touch to the macho man's personality, only one meaningful tattoo is dyed on the waist.

Paris, Spain, and New York are included in the list of his favorite destinations, whereas Mumbai and Darjeeling are the cities where he wants to lead a life. He also enjoys reading books, cooking, and swimming. Wowww!!!

SOME THINGS TO KNOW ABOUT SARUP

Sarup is a graduate dancer in kathak, contemporary, jazz, and ballet from the Terence Lewis Institute in Mumbai. He has received training from some of the best instructors in the field, including Guru Sumi Das Rai at the Natraj Kala Kendra Singtam. Sarup's training and experience has allowed him to become a versatile and skilled dancer, something that he is very proud of.

He, a young artist and scholar of Nepali Maruni dance, was awarded a grant from the Indian Ministry of Culture in 2014. He has also worked with Arya Babbar, Lamborghini Girl Harshada Vijay, Ameesha Patel and Manara Chopra (sister of Priyanka Chopra) for an international event in Sri Lanka.

He works as a print model for Hero Honda Scooty in Malaysia, and is also a brand ambassador for India Intimate Fashion Week. He has performed in various international and domestic dance shows and is known as a heel dancer because he mostly performs in heels.

Sarup is a kind and generous person who does a lot of charity work for animals and helps the elderly who are in pain. A loyal and honest person who respects all genders and believes in seeing everyone as equal.

Bad habits are not actually completely bad, like the renowned dancer who never gives up until the job is finished and sleeps late at night.

He is so grateful to his mother, who worked so hard to make sure he felt special. When they didn't have much money, she used to work in factories, but she still supported her son's dancing career and put him in dance school. Knowing how tough it would be for her, she still worked harder to get sufficient funds for the home—that's the sweetest memory he wants to embrace in his heart forever.

Sarup is overjoyed at the prospect of giving his mother a big house and choreographing a scene with Salman Khan in one of the movies. He is also excited about opening a dance school in Sikkim where he can teach people who cannot afford to go out and learn. His school will provide the training in Sikkim.

She was a single mom and made sacrifices for her son, Sarup, and gave him a beautiful life. She used to dance before but wasn't able to pursue it as a career. He wants to make her happy by making his life as successful as possible. She inspires him a lot, both personally and professionally. Even though she is 50 now, she still chooses to work.

He is currently single and focusing on his career, which is going great! He will soon be traveling abroad for further training in dance and modeling, and recently did a music video with Madhura Nail for her cover song. He has also done a print shoot for a clothing brand. All his hard work is really paying off, and he is looking forward to all the new opportunities that lie ahead.

Sarup has been dancing since his childhood and has been teaching dance at Natraj Kala Kendra since a young age. He came third in a state-level dance competition in Sikkim and was awarded for excellence in folk dancing by the Ministry of Culture in India. Despite coming from a middle-class background, his passion for dancing drove him to achieve great things. He is earning a great salary of 2 lakh per month right now. This is fantastic news for him and his family.

At the age of 24, he is thrilled to be working on several dance projects in Mumbai, giving a dance class, and leading online dance fitness sessions for groups around the world—all of which bring him great joy. He is working with a renowned choreographer on an upcoming international project. Stay tuned for more details!

He gives his dancing a shake.

and laughs until his belly aches.

The only other sound is the break.

of distant waves and awakened bird 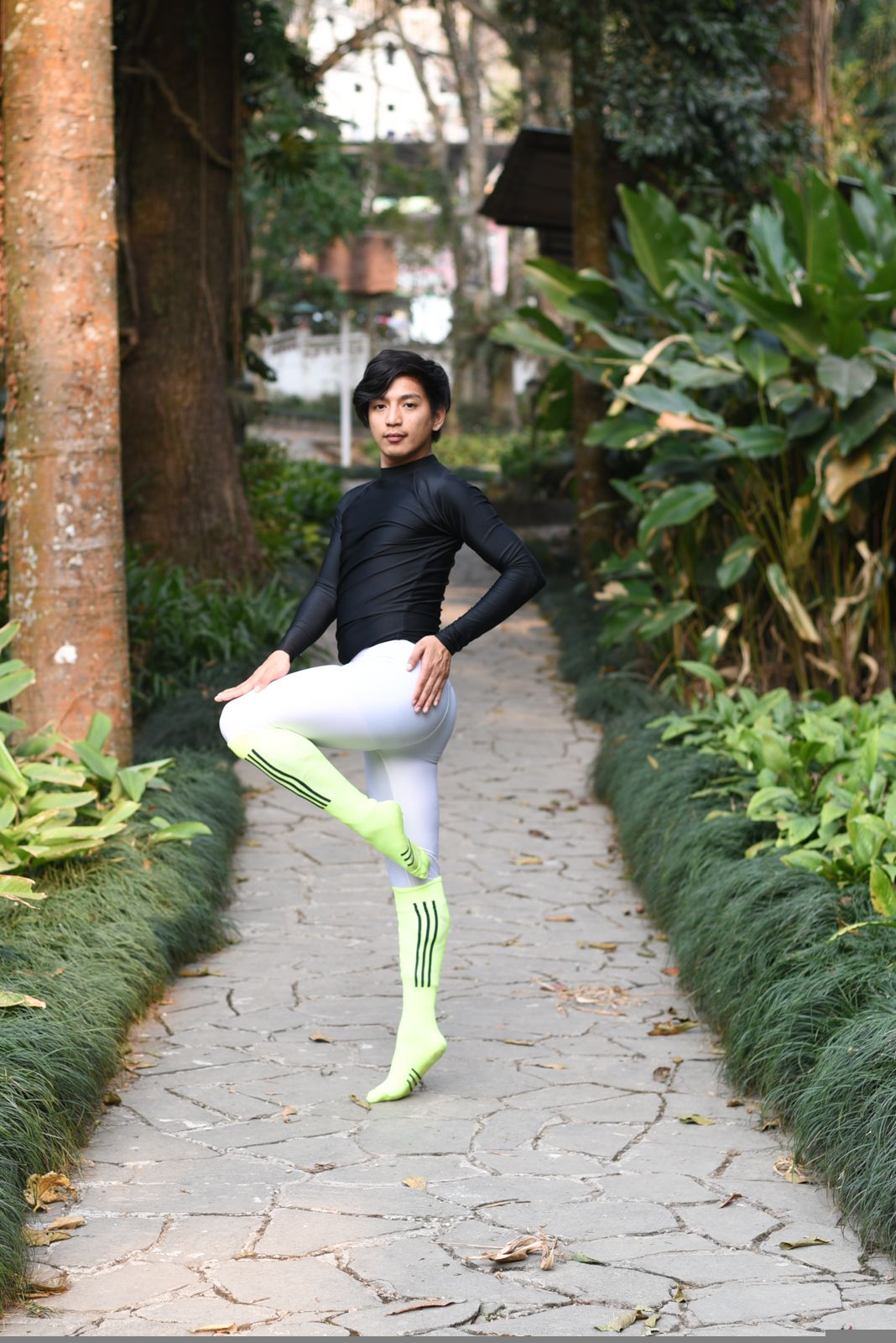